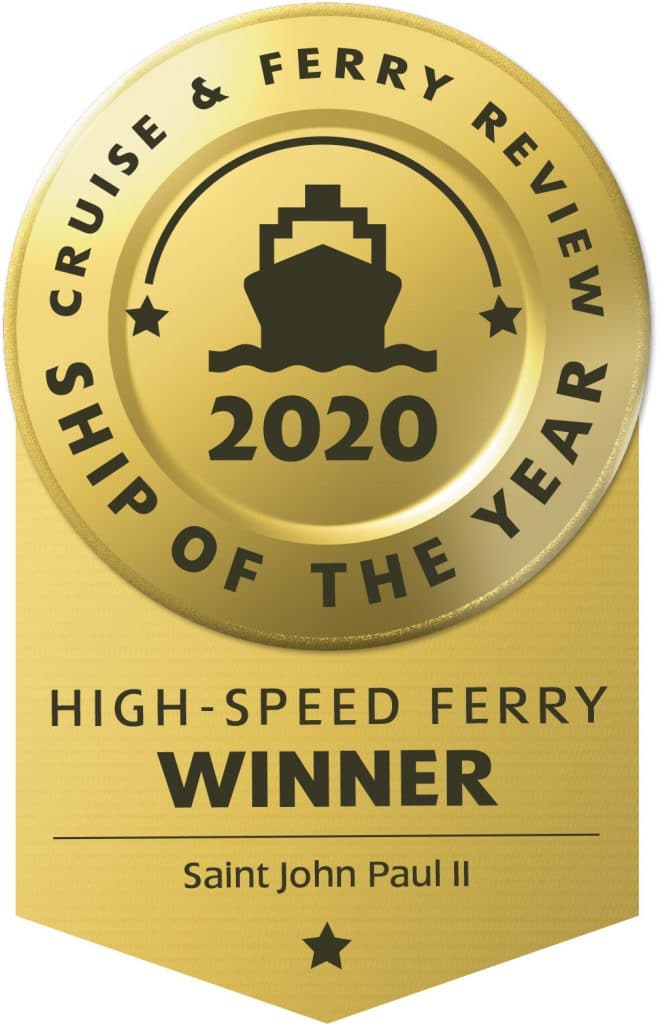 Ship of the Year Awards

Virtu Ferries’ high-speed ro-pax catamaran was built at Incat’s Tasmania shipyard and was deployed between Malta and Sicily in March 2019. With a dead weight of 1,000 tonnes, Capacity for 900 passengers, and a garage for 167 cards, Saint John Paul II is the largest vessel of its kind operating in the Mediterranean and the second largest in the world. Onboard facilities include five lounges, gift shops, a gaming lounge, bars and a store.

The Ferry is the fifth newbuilding delivered to Virtu Ferries since it began its high-speed service in the region in 1988. It is named after Pope John Paul II, following a visit by the pope onboard San Frangisk in 1990, a ferry operated by Virtu-owned Venezia Lines. 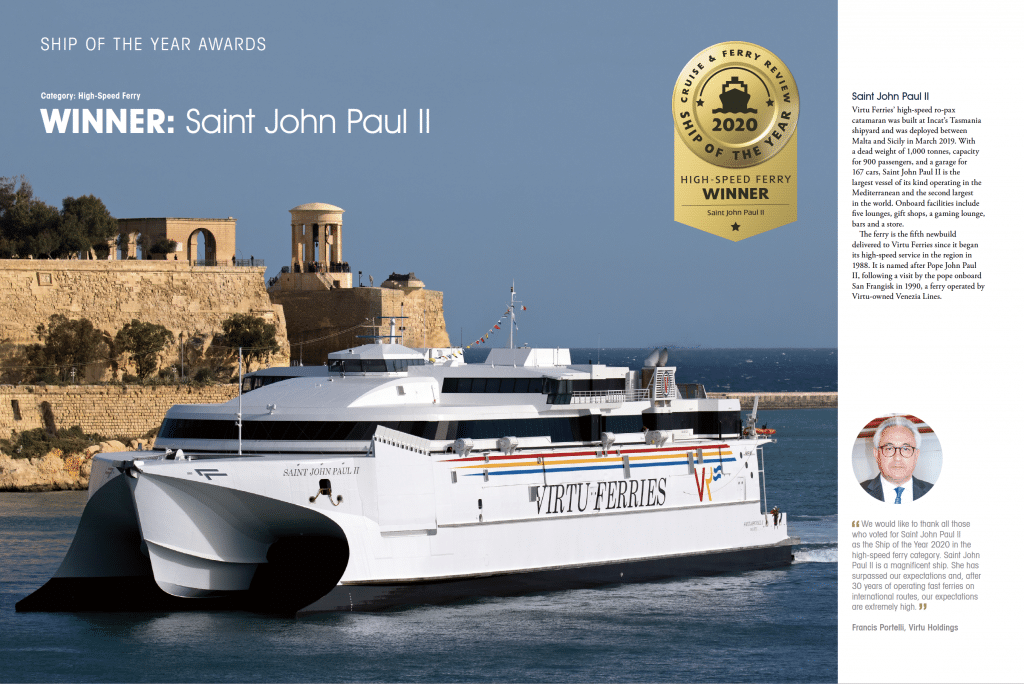 Virtù’s Saint John Paul II ahead of its time

Virtù’s Saint John Paul II ahead of its time