THE VIRTU OF HARD WORK 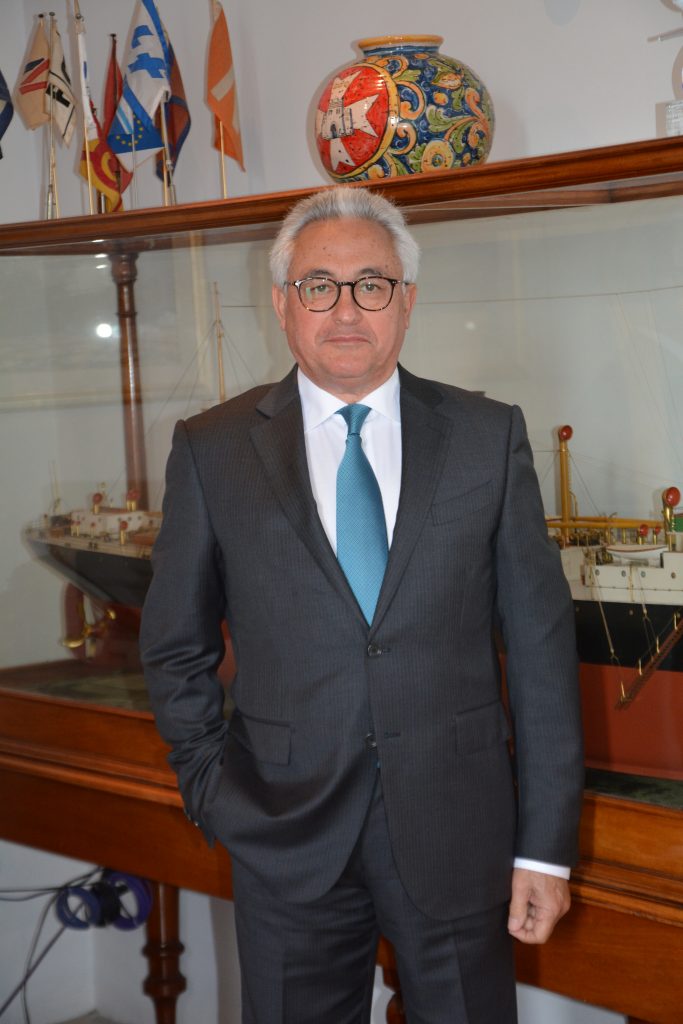 Located in the central Mediterranean, the island of Malta is, by nature, a seafaring nation. While the Mediterranean people are well known for their hospitality, friendliness and warmth, there lies beneath a drive to succeed, especially in the area of modern marine developments.

Founded in 1988, Malta’s Virtu Ferries is a perfect example of a Mediterranean shipping business that is not content to rest on its laurels but would rather go all out to evolve and grow. With its ferry service to Sicily using highspeed catamarans, Virtu Ferries goes to considerable lengths to remain at the forefront of marine technology and is therefore well placed to provide the very best levels of service to its customers.

Over the past 30 years, Virtu Ferries has revolutionised trade between Malta and Sicily in Italy, effectively becoming a bridge between the two islands with a swift 90-minute crossing. “Over the years, Maltese and Sicilian entrepreneurs have taken full advantage of this ‘bridge’ to offer a better service and at a lower cost to their customers, while at the same time increase their margins,” says Francis Portelli, owner and managing director of Virtu Group.

Indeed, Malta has long held important trade relationships with mainland Europe through its links with Sicily and like the island it calls home, Virtu Ferries places Europe at the centre of its strategy. “As an island nation with a strong and growing economy, it is imperative that Virtu Ferries’ year-round lifeline passenger and freight services are reliable,” explains Portelli. “Simply put, we want to provide our passengers and freight operators with the highest levels of service, reliability and comfort yet, at the same time, operate an economical and environmentally sustainable high-speed service.”

This, he says, was the key reason behind the company’s investment in the recently delivered Saint John Paul II. At 110 metreslong, the Incat-built wave-piercer is the largest ro-pax catamaran built for operation in the Mediterranean Sea.

“Malta can experience very strong winds and high waves during the winter months, so we wanted the very best solution for a year-round, comfortable fast-ferry service,” comments Portelli. “The design was modelled by Revolution Design and Seaspeed Consulting and then extensively tank tested and optimised at QinetiQ, the tank and aerospace testing facility in the UK. We have enjoyed an excellent
cooperative working relationship with Incat, Revolution Design and consultants Seaspeed Marine where they have each listened to our particular requirements and continually evolved the design to a point where we have received a fantastic vessel suited not only to our requirements, but also to many other island communities around the world.”

Saint John Paul II has a total of 1,134 VIP, business and economy seats on two decks, including 996 inside and 138 outside, as well as a designated truckers’ lounge with additional facilities. The vehicle deck is designed to carry 23 heavy commercial trucks or 167 cars. The vessel is the fifth newbuild and eleventh highspeed ferry that has been delivered to Virtu Ferries since it started offering high-speed services 30 years ago. In that time, the company has invested in high speed vessels.

“Our new ship has been very well received; she is an excellent vessel and much of the positive feedback speaks of her size and the high standard of comfort,” says Portelli. “She has given us substantially more capacity and will help us meet our increasing traffic volumes. She is a stepping stone and we intend to have a second vessel on the route, perhaps in 18 months.”

Portelli attributes Virtu Ferries’ success to good old hands-on, hard work. “We are undertaking a number of initiatives to better serve the Maltese and Sicilian business communities and because we’re a major contributor to the tourist industry, to increase incoming tourism from Sicily,” he says. “We are evaluating the possibility of additional ports of call and better timings of departures from Sicily.”

In addition to providing commuter transport and nurturing the tourism and trade side of the business on the Malta – Sicily crossing, Virtu Ferries also operates high-speed vessels on Venezia Lines’ international routes between Venice, Italy and six Adriatic ports in Slovenia and Croatia.

“Our Malta – Sicily route is the bedrock of our business, but we have also chartered Maria Dolores to Intershipping to provide services between Spain and Morocco, as well as a vessel on charter between Trinidad and Tobago,” says Portelli. Released from Malta by the arrival of Saint John Paul II, Jean de la Valette has been chartered by Trinidad and Tobago’s National Infrastructure Development Company (NIDCO) for 12 months. Following a substantial refit in Cadiz, Spain, the ferry’s first sailing to Tobago took place on 15 July 2019 under the control of Virtu Ferries’ officers.

With the business well placed at the centre of a thriving industry, one thing looks certain: the future of both Malta and Virtu Ferries is bright. But it is not just Virtu Ferries that benefits from Portelli’s influence. Appointed to Interferry’s board of directors in 2010, Portelli also served as president in 2013 when Virtu Ferries hosted the global ferry association’s annual conference in Malta. It’s a body of which he speaks highly, and its visions and values clearly echo through his own company.

“Interferry is beneficial to any owner or operator,” he says. “I would always recommend joining. There is a wealth of knowledge that comes out from the members – especially at the yearly conferences, which are of a very high standard. You meet small and large operators worldwide, with who you can share opinions and exchange views. It’s a must for any company because of those advantages.” C&F