FROM THE DRAWING BOARD TO THE INCAT SHIPYARD

Hull 089, the new 110 meter RoPax ferry on order from Virtu Ferries is taking shape at the INCAT shipbuilding yard in Derwent, Tasmania. The Wavepiercing Catamaran will carry 900 passengers and 23 heavy commercial trailers, equivalent to 490 truck lane meters or 167 private vehicles.

The vessel will be named after Saint John Paul II. Virtu Ferries had the honour and pleasure of welcoming HH Pope John Paul II, on board ACC San Frangisk, on that momentous return voyage between Grand Harbour, Valletta, St Paul’s Islands and Gozo on 27th May 1990. His Holiness’ re-entry into Grand Harbour, surrounded by hundreds of people in a fleet of boats, including many in a traditional Maltese dghajsa or luzzu, lingers in the Island’s collective memory.

At 1000 tons deadweight Saint John Paul II will be the largest RoPax Catamaran operating in the Mediterranean and the second largest in the world. The vessel is being built in accordance with the EU Maritime Green Policy, which seeks to promote an innovative, competitive and environmentally-friendly maritime industry. Shipbuilders INCAT are world leaders in the field.

The standard, well-tried, INCAT Wavepiercer Hull design was modified after extensive hydrodynamic model trials in the state-of-the-art UK Ministry of Defence Ocean Basin Research Facility in Gosport Hampshire, headed by Seaspeed Marine Consulting Limited UK.  This is the first time such research model testing has been carried out on high speed vessels of this tonnage. A world first for the Maltese maritime industry.

Virtu have been operating a scheduled high speed ferry service between Malta and Sicily since 1988 and commissioned the Saint John Paul II specifically for the Malta Channel route. Passengers can look forward to travelling to our closest neighbour, Sicily, in six luxury lounges, with a design based on twenty eight years of surveyed passenger feedback. The Club Class lounge is on the Bridge Deck. The five other lounges are on the Main Deck, one forward and aft, another two amidships on the port and starboard sides, and a designated Truckers lounge with additional facilities, after a hard day’s work.  Outside seating is provided on both passenger decks.

Like all Virtu vessels, including those operating between Venice and Adriatic ports and Spain and Morocco, the Saint John Paul II will fly the Malta Flag. 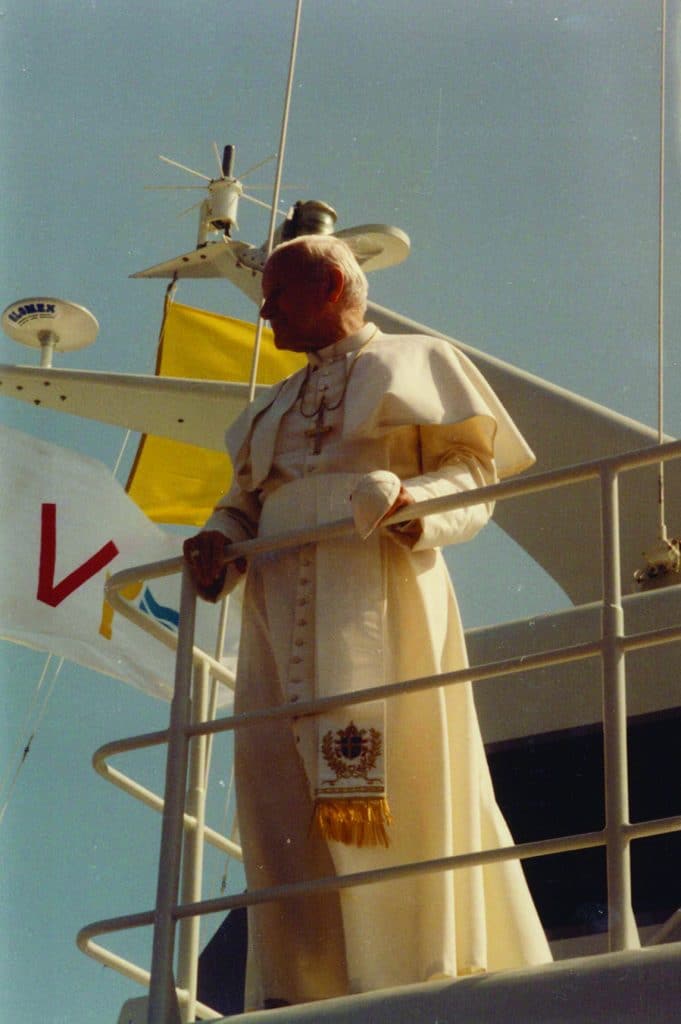